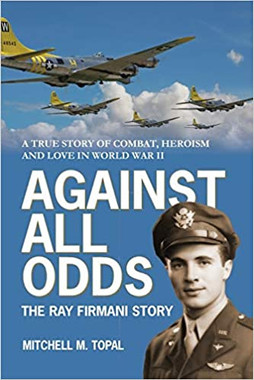 This book recounts the history of Raymond A. Firmani – from his humble beginnings as the son of poor Italian immigrants, to earning his wings as a B-17 pilot, completing twenty-five bombing missions and earning the Distinguished Flying Cross, then on to participating fully in family life and a successful career in the aftermath of the war. A citizen airman of WWII, Ray risked his life every time he flew a combat mission. His experience during the war was unique, but it also has much in common with that of other veterans. The task before them was simple in concept yet colossal in scale: Rid the world of evil by stopping the Axis powers from levying atrocities on civilization and carrying forth their imperialistic intentions. Altruism reigned when our basic freedoms were openly threatened. Those men – practically boys at the time – and the women who joined them in service to their country, marched bravely into the unknown.