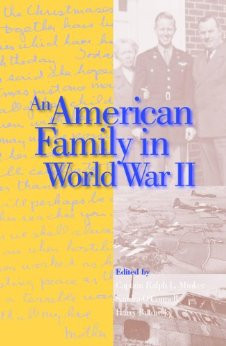 On the morning of December 7, 1941, life for families across America was forever changed by events over which they had no control, but were to witness and play a part. An American Family in World War II is the moving story of one of those families told largely in their own words. When Ralph Lee Minker Jr. entered U.S. Army Air Cadet training in 1943, he began a correspondence with his parents and two teenage sisters; letters that describe the rigors of pilot training and ultimately his life at this air base I call home, as he flew 37 combat missions over Nazi Germany. The letters from the family members to Lee bring a vibrant reality to the home front rationing, bond drives, and the daily tension of war through the people who lived it. Woven together with commentary by the editors, this is an intensely personal and richly detailed account of life in America during the harrowing days of WWII.