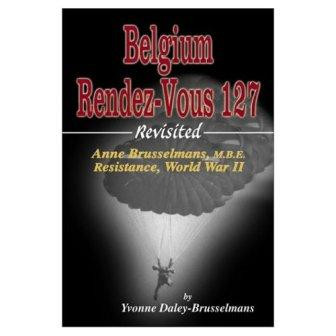 ...The Juggernaut rolled into Belgium, Holland, and Luxembourg....On May 10, 1940, little Belgium, not much larger than New Hampshire but the most densely populated country in Europe, was ground under the wheels of the conquerors....For the second time within a quarter of a century the Germans took over the administration of the country....Belgium was bent but not broken.

Anne Brusselmans was recruited in 1940 to help British soldiers trying to evade capture by the German army. She was credited with helping some 130 U.S. and Allied airmen during the war. Long after, a Wall Street Journal article dated January 2, 1987, stated:

When America needed Anne Brusselmans, she was there....She helped run the "Comet Escape Line," an underground railroad that spirited pilots downed in German-occupied Belgium back to England.