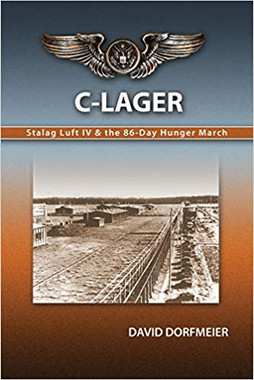 The story of C-lager: Stalag Luft IV & the 86-Day Hunger March is an account of the service history of Sergeant Donald D. Dorfmeier and the air war in Europe during WWII; his subsequent capture, participation in the longest forced march of any group of Allied POWs in Germany during the winter of 1945, and later escape during the closing weeks of the war. The story also chronicles the heroism and spirit of airmen in his lager who exhibited the courage and inspiration to survive a long and difficult march in spite of great hardships and much suffering that would "haunt them for many years to come."