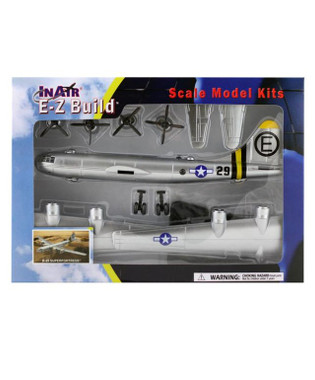 The B-29 flew exclusively in the Pacific Theater of WW2 and the most famous one, the Enola Gay is considered the plane that ended WW2 when it dropped the first atomic bomb on Hiroshima. It flew after the war and was instrumental in aeronautic research. Our model is highly detailed, easy to assemble and comes with its own display stand.