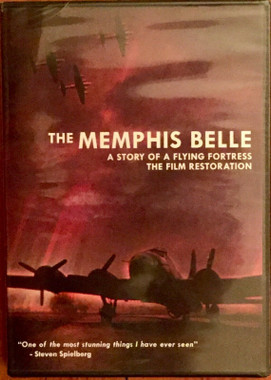 The Memphis Belle: A Story of a Flying Fortress The Film Restoration

The Memphis Belle: A Story of a Flying Fortress is possibly the most well-known military documentary ever made. Directed by renowned Hollywood director William Wyler, this 1944 film follows the Memphis Belle on her 25th mission. The film was commissioned by the First Motion Picture Unit of the United States Army Air Forces and created to build morale back at home and tell the story of the crew. For the first time since its original release, this film has now been restored to its original state.