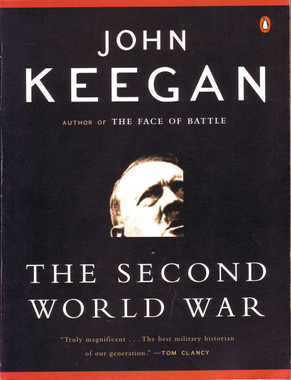 'As a military historian (John Keegan) has a remarkable capacity to appreciate both the political context of the war and its immediate meaning for those caught in the heat of battle. . . . The war is divided into three theatres - Western and Eastern Europe and the Pacific - up to 1943, and from 1943-1945. In each theatre and at each stage he opens with the strategic dilemma confronting one of the key actors and then takes a particular battle to illustrate the changing character of warfare. . . . lucid, informed and authoritative. ' SUNDAY TIMES 'In this magnificently illustrated volume, our most original military historian gives the whys and wherefores of war as well as the blood and guts.