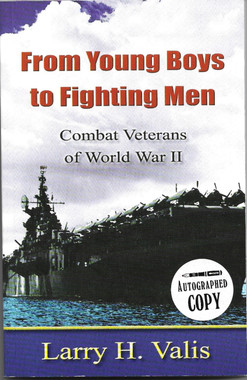 Eight combat veterans of World War II tell their stories, recalling humorous parts of their military careers, as well as recalling the tough action that each of them saw. Recalling horrors of war isn't easy...some of these men recalled more than they wanted to remember. It is interesting to listen to them fall from past to present tense, as if they were right back in combat today, not 60 years later. Every one of these eight men was just a young boy when he entered military service. Most had never been far from home, yet each one found himself thousands of miles away, facing death on a daily basis.. It is a privilege to capture their stories for posterity, especially since three men have passed away between the period of dictating stories to publishing time.